Finally, we are having having a real discussion about the menopause ! And The Speakers Agency offers a Menopause Webinar for companies that care about their female workforce. 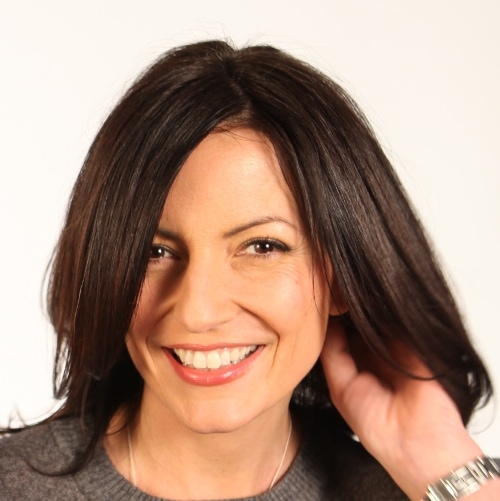 In her C4 documentary ‘ Sex, Myths and the Menopause’ ( TX May 12) , Davina McCall reveals she had been warned not to talk about it. She would be seen as ‘too old’ and ‘dried up’ by potential employers.

But Davina was brave enough to ignore that advice , as are a growing army of women .

Now we need employers to be brave too.

As TV Presenter and Radio Broadcaster Kaye Adams argues …’the menopause is not a women’s issue, it is a talent issue’ 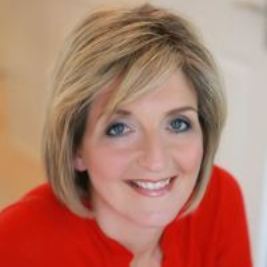 Kaye asks “How many of your female staff appear to take their foot off the pedal just at the point in their career you would expect them to accelerate?   That experienced manager who should be stepping up into a senior role, instead deciding to reduce her commitment?

82% of women say menopause symptoms negatively impact on their work. Quite clearly if you don’t understand the issues, you won’t fix the problem.”

Kaye continues, “Menopause needs to be brought out of the shadows to allow all talent to flourish equally .

Women who feel their health needs are being addressed will work better .  Workers who are not directly impacted will feel informed and better able to relate and deal with issues which might arise.

People from diverse backgrounds …because experiences and attitudes to menopause differ according to ethnic and cultural factors …will feel heard and respected.”

The menopause is real and the effects are profound

Astonishingly recent research reveals some frightening statistics.  A third of women experiencing menopause symptoms have considered leaving their place of work or reducing their hours.  In addition, more than 20% have taken time off work due to symptoms, the majority taking sick leave.

The irony is that a significant number of women who are going through peri-menopause and menopause don’t fully understand the changes their bodies are experiencing themselves.

Women entering menopause can be affected by a dizzying and debilitating range of symptoms. As well as hot flushes and night sweats there are multiple other common side effects. They include insomnia, heightened anxiety, loss of confidence, poor concentration, memory loss, joint pain, headaches, itchy skin, fatigue, depression…and more.

It goes without saying all, or a combination of these, do not make for optimal work performance.

Too often, women going through these symptoms do not make the association with menopause at the time they experience them; particularly with the psychological effects which can exacerbate anxiety and loss of confidence.

In addition other stats reveal that only 28% would disclose their concerns to their line managers.  56% say their colleagues are unaware of their symptoms and near half would be loath to formally record menopause for reasonable adjustments at work

Reasons given for such reticence include embarrassment, reluctance to speak to a male / younger senior, fear of perceived incompetence and anticipation of unsupportive response.

So here’s the good news

Menopause does not have to be a negative experience. Openness, education and information, access to advice and knowledge of treatments /management techniques can be transformative.

Near 70% of women who do disclose their menopause related symptoms to line managers’ report a positive response.

So, what does it take to turn this sub-optimal situation around and to maximise performance?

Openness is the key, across the workforce. If women don’t feel able to speak to younger or male seniors, they will continue to hide their symptoms and potentially opt out of employment and /or progression.

Ready access to information will be transformative both for women as individuals and for the culture of the working environment.   Parallels can be drawn with the more enlightened approach to mental health many workplaces have adopted in recent times.

This is a collection of 42 honest and authentic experiences of the menopause. Furthermore it is easily accessible book. ‘Still Hot’ features contributions from a diverse range of backgrounds including Baroness Sayeeda Warsi and  BBC news presenter Louise Minchin.

Baroness Warsi speaks about the ‘brain fog ‘which descended and made her dread media interviews.

Louise  recalls the two years of unsettling and unexplained anxiety before she became aware she was in peri-menopause.

Kaye is perfectly placed to deliver  this webinar with menopause specialist Dr Shahzadi Harper. Together they to offer this webinar which is  useful for anyone wanting to understand, educate and manage.  Interestingly Dr Shahzadi was inspired to specialise in the menopause because of the lack of information and support she personally experienced, even as a medical professional.

Best known for her BBC Radio Scotland  show and her long association with Loose Women, Kaye is a first class event host and conference facilitator.

Five Hilarious Speakers for your Next Event

The Speakers Agency in conversation with Jesse Dufton

Why having children with mental health issues can impact work performance