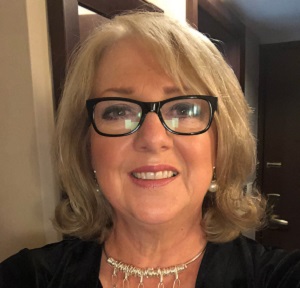 Well I am sure we have all pinged an disaster email at some point but it’s no consolation.

Whilst running The Speakers Agency, my mistakes have thankfully been few and far between.  That said in the early days my business partner/husband went to email one person but accidentally cc’d the admin. This meant every single email address he had in his contacts book received the email. There were literally 1000’s of them, and in trying to recall them he accidentally resent them twice.  I think we both burst blood vessels that day.

I have however been on the receiving end of ‘unfortunate’ emails.  For instance I had an email where the sender thought she was emailing a colleague about me and how they could cheat us. I took great delight in writing back suggesting they phone me or meet me to discuss the contents of her email.  Whilst mad as hell, I  have to say it gave me great joy to imagine their grimace and rush of blood to the face as they realised what they had done!

One of the  awful situations with email and one I cannot fathom as they usually have horrid repercussions is the sharing of intimate photos.  Where people email very personal messages and, erm, risky photographs to each other.  You can’t imagine or perhaps you can what it must be like when you realise you have just sent a photo or intimate message to the whole office or your entire contents book.

So for me the biggest disasters associated with emails are:

It is surprising how many people still don’t understand email etiquette and even worse seem unaware of the scary GDPR rules which if broken can cause a lot of trouble and cost to the perpetrator.

And one of my personal bugbears is emailers who cc’ing others in when they should be blind copied in.  How annoying is it when everyone starts responding with read receipts and comments which results in everyone receiving hundreds of extra emails?

I have had cc’d emails rather than bcc’d emails from people who really should know better and will remain nameless, where the cc’s have revealed the personal email addresses of Hollywood actors, politicians, senior police officers and TV presenters.

When appearing on the Jeremy Vine show on BBC Radio 2 a couple of weeks ago discussing this very subject, I asked my friends and colleagues what email mistakes they have made in the past and I got a few surprises.  Someone I know accidentally sent his son an intimate message he meant for his wife.  Another said some pretty terrible things about their boss and sent the email to him by mistake.

How not to steal an idea

A girlfriend told me someone once sent her an email by mistake … “all very useful information, especially the ideas for the campaign, but shall we just say we’ve already thought of the same idea and cut her out of the loop. She’ll never know!”. Well, she did know and had the email to prove it. Luckily, the MD of the company was a friend of hers, so when she saw it, my friend was paid for her efforts – PLUS a bonus.

A client I know well sent private texts to his wife but accidentally sent them to a mate who replied saying he hadn’t realised he felt that way and invited him round for drinks!

My own favourite email disaster story of all time

the US airline customer services exec who when told a passenger had complained about being bitten numerous times by seat bugs during a flight, forwarded his apology and an offer of a first class return flight within the continental united states to his PA who cut and copied it into the email to said passenger.  Unfortunately she left in the exec’s opening comment of, “send this bastard the bug letter”.

So the moral of the story is always switch off the send email immediately button, never say anything in an email you will instantly regret the moment you have clicked the send button and stop kissing everyone. Don’t say things about your boss, friends, family and colleagues without doubly checking you have not cc’d the person who you are talking about BUT better still don’t say anything at all.