Out of 400 amazing charities, Child Bereavement UK are thrilled to have won the overall Charity Film of the Year Award with One More Minute!

The Speakers Agency would like to join them in thanking everyone who voted for them.  They are an amazing charity who help so many young people and parents of young people.  It is brilliant that the Charity Film Awards has shone a light on the issues facing bereaved families. #OneMoreMinute

Our Managing Director Sylvia Tidy-Harris became involved with the Charity seven years ago.  Her brother Nick tragically died suddenly in Nov 2004 and she had witnessed first hand the devastation and pain it caused his young children.  They were only 9 and 13 at the time.  They received grief counselling in the USA as a matter of course but here in the UK back then it wasn’t the case.  In fact, it still isn’t and we rely on charities like Child Bereavement UK to deliver these essential services.

Child Bereavement UK supports families and educates professionals when a baby or child of any age dies or is dying, or when a child is facing bereavement.

The film, “One More Moment”, features children whose mummy or daddy has died, and parents who have tragically lost a young son or young daughter.  And as death is indiscriminate you will recognise some of the bereaved faces who feature in the film.  They include  Rio Ferdinand, Mary Berry, Jason Wilkins, Gary Barlow, Ben and Marina Fogle. 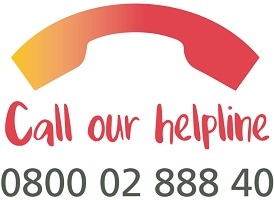 Child Bereavement UK not only helps children and parents direct but also trains professionals and schools because every 22 minutes a parent of dependent children dies in the UK. This means up to 70% of schools have a bereaved pupil on their roll at any given time.  Sadly 92% of young people will experience a significant bereavement before the age of 16 years.